skip to main | skip to sidebar

Have formed a yuloh from Matt's plan for the Paradox yuloh. Interestingly, the plan calls for the yuloh to be curved with 30mm of camber. I laminated a couple of tight grained douglas fir boards together to form the curved blank. After trimming the laminated boards to dimension on the band saw, I took the trimmed off scraps and laminated them back onto the blank to build up sections that were a few mm under dimension. The blade area needed to be a few mm wider and the handle needed to be a few mm thicker.

Here is the squared up blank with trimmed off strips laminated on to build up the low areas. 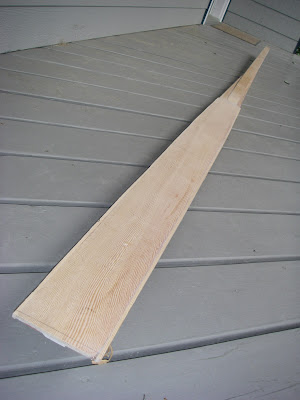 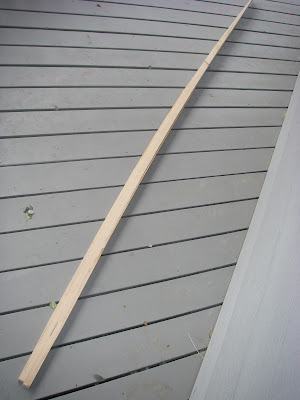 Yesterday I shaped the yuloh with a hand plane, a fairing board and a sander. Then filled some nicks and sanded the yuloh today. The photos don't show the ingenious shape of the plan. I put it on the deck of the boat to see how it will stow. (blade alongside the deckhouse). I fits beautifully. The curve conforms perfectly to to the curve of the deck. How did he do that? 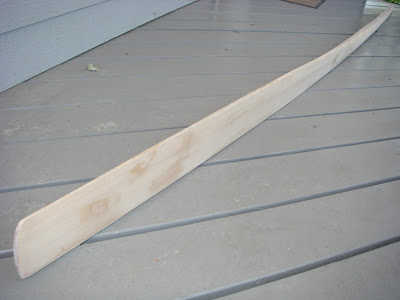 The Enigma 460 is still a prototype. Matt has indicated that plans will be may be made available after the prototype is proved and tweaked as necessary.